It was mini-adventure time this weekend, so despite the weather being less than summery, we set out on a daytrip to explore the Wachau. What is Wachau I hear you cry? Well for starters, its this…. 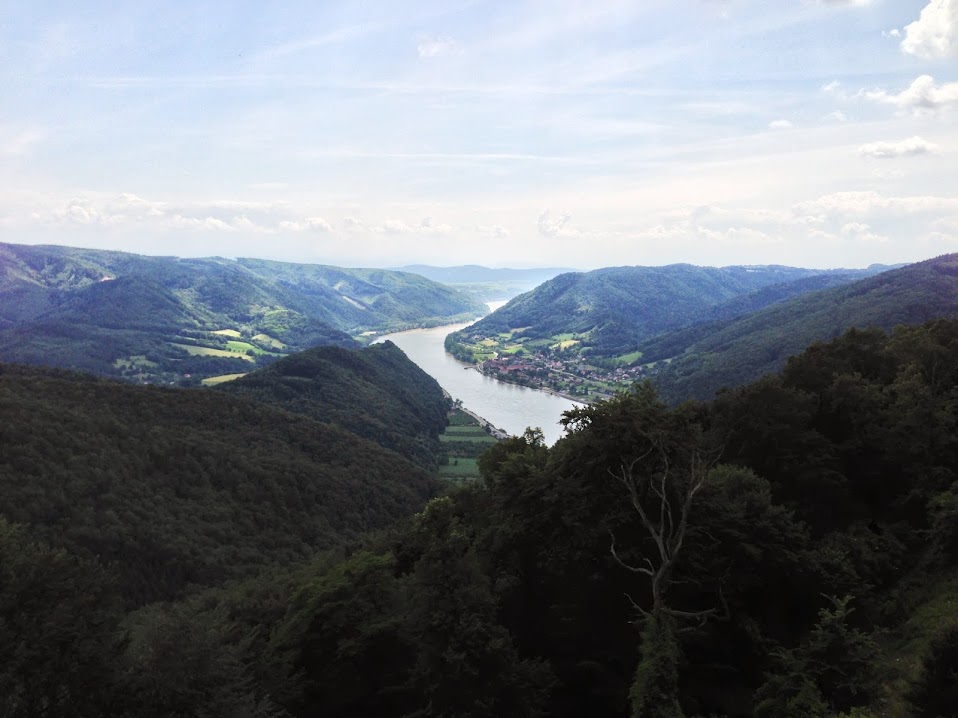 Only a big glorious beautiful area about an hour’s drive out of busy Vienna, completely hidden a little further down the Danube from the more famous Melk Abbey & Krems. I was gobsmacked. I know Austria is beautiful, but the countryside keeps hitting me in the face with just how stunning it is, right when I start taking it for granted… 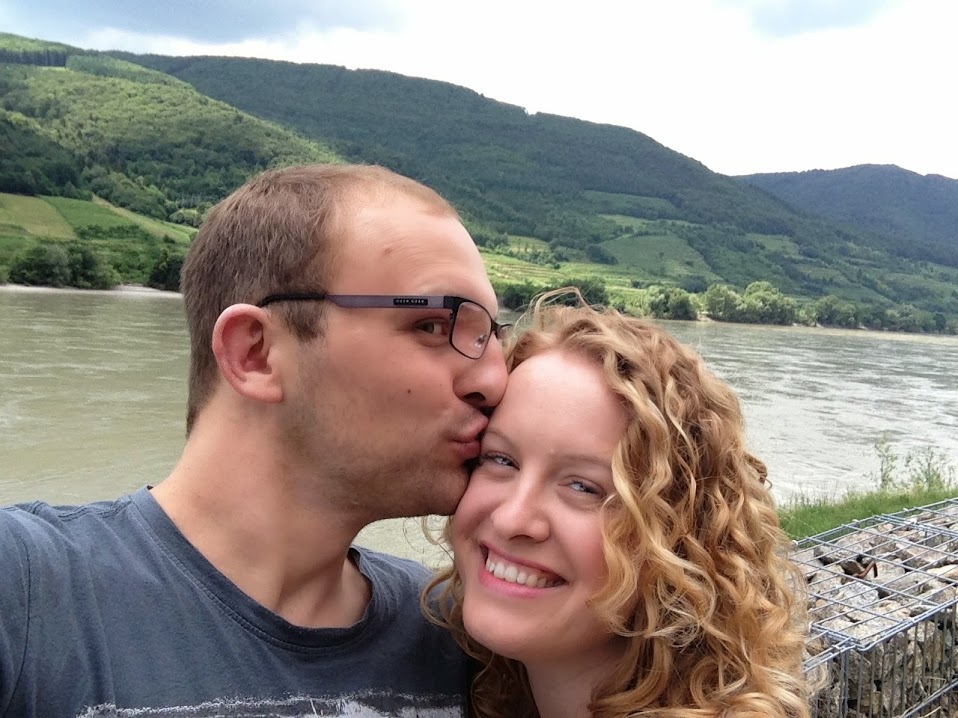 We had a pretty little drive to get out there, through lots of cute little villages, even saw a few weddings en route – but the effects of recent flooding were still evident along the sides of the road.  The spot where we took the photo above would have been completely unerwater a few weeks ago. So to revive local tourism, S had a surprise in store for me, in the form of a Giant Castle!! I love castles! On top of A Mountain! Beside the Danube! Glorious!

Lost the pointy bit on top, but you get the idea, no? CASTLE!!

Aggstein Castle is a big, reconstructed Fortress that was first built in 1350. Most of the roof has gone but a whole heap of the original rooms and castle walls remain. Its been really well restored and you can roam about freely to get a good feel of the place as it would have been in its heyday. Battlements, wells, cellar’s and original kitchen elements are all still there. 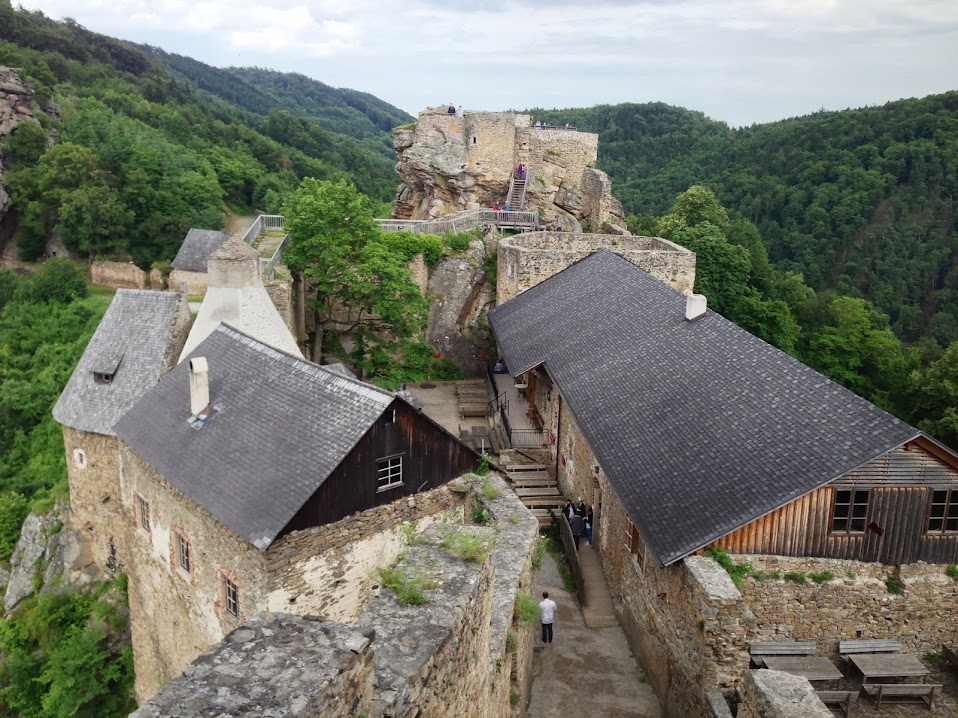 Huge stretch of castle to frolic in! And if geeking out over historic details isn’t your thing, then the views alone are worth it! 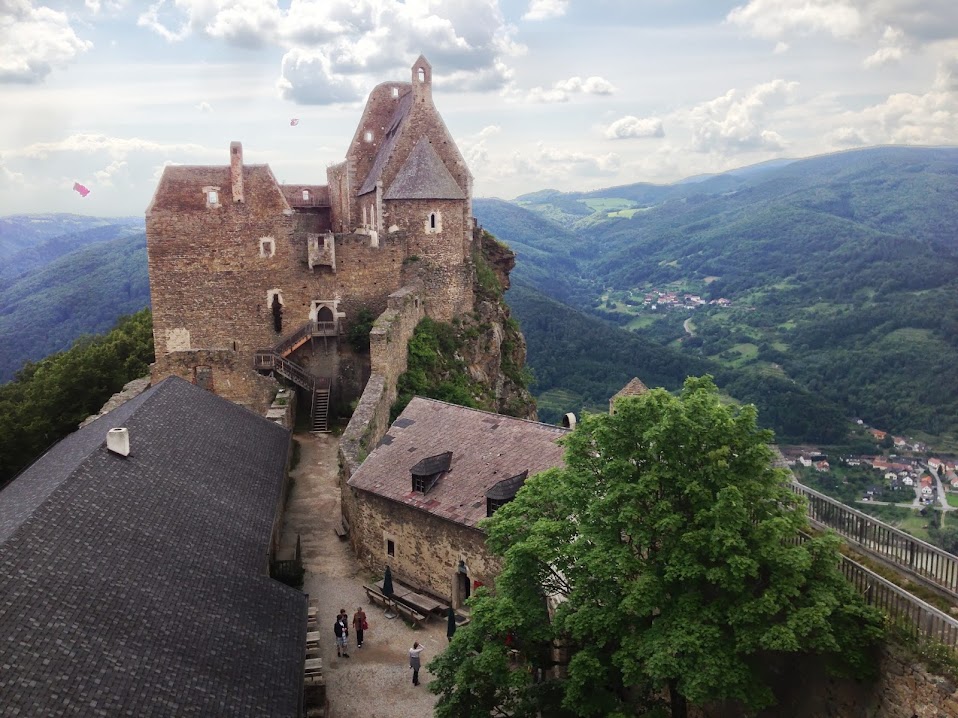 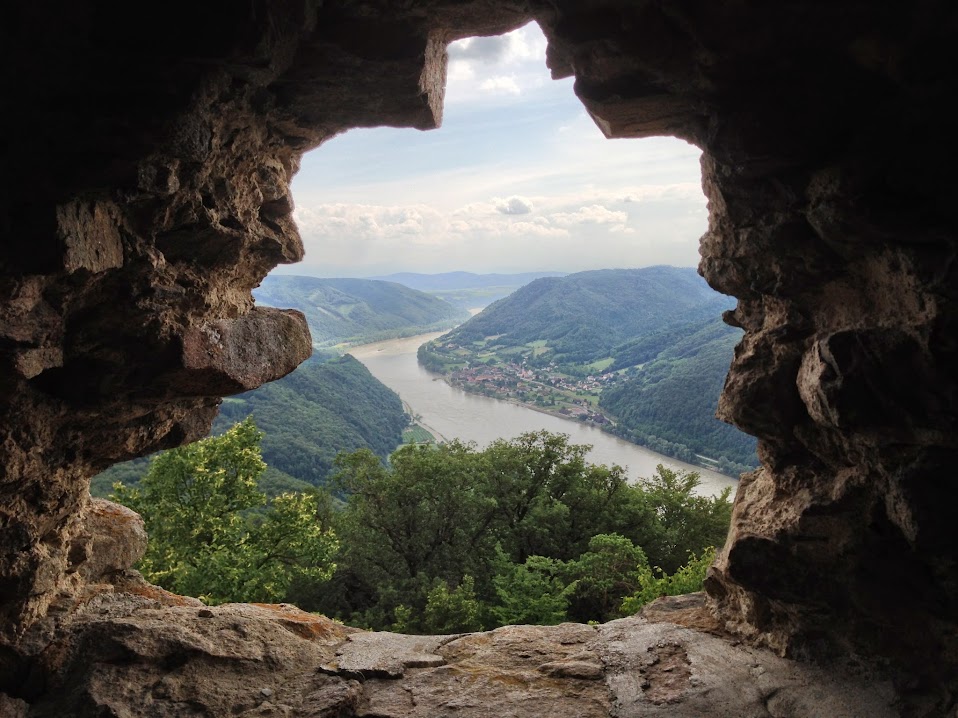 Peeking through a lookout point

We spent a good two hours here, wandering about, enjoying the views, pretending to be from Medieval times and, of course, snacking. Austrian style snacking which is…large:

The cafe restaurant is very traditional style Austrian, super homely and lots of wood. Because the weather was a bit scheisse we headed for a table indoors, where they had dellightful bay window seats and kitschy posters.

The manager/waitress revealed the upstairs area had been a hostel in the ’70’s. Can you imagine staying here as a backpacker for about ten bucks a night??!! Luxury!! I was tempted to request an overnight but S is yet to stay in a hostel (travel princess much??) so I thought this was maybe not the best induction one could ask for.

After conquering the castle our next mission was to cross to the other side of the Danube to the adorable village of Spitz. This proved harder than expected as the regular ferry was non operational after flooding. We had to loop around a bit but this took us past a few different kinds of street vendors selling fresh peaches, cherries and natürlich, schnapps.  I got to taste my first Steckerlfish, which was, hand on heart as a seafood lover, one of the freshest, tastiest best spiced fish I’ve had: 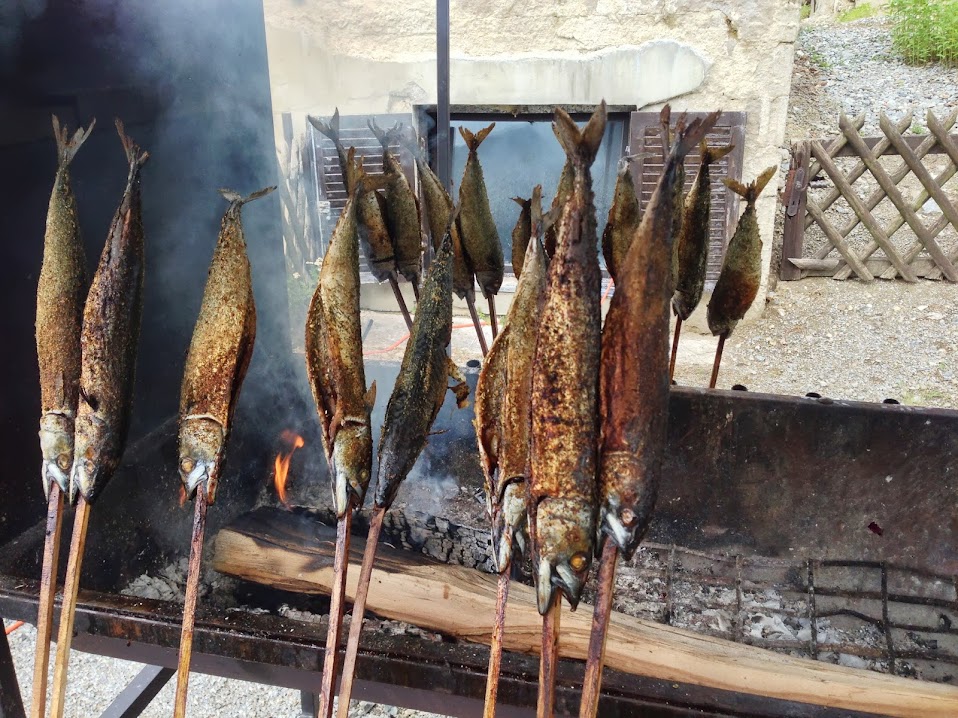 Taste’s better than it looks, I swear!!

We rounded out the day at a local Heuringer, which is like a winery but on a smaller scale, where you sit in someone’s home. Basically, for different periods of the wine season, local winemaker’s open up their backyards or courtyards as a place to drink and eat while tasting their produce. They only have a licence to selll their wine, no beer, spirits etc, and only cold food. Which, as you may have gathered by now is more than sufficient when Austrian Granny’s are making the snack plates!! We went to one owned by a friend’s family, and it felt like we were in Italian Wine country – stunning views, sunset, delicious cheap wine, and good chats with the locals 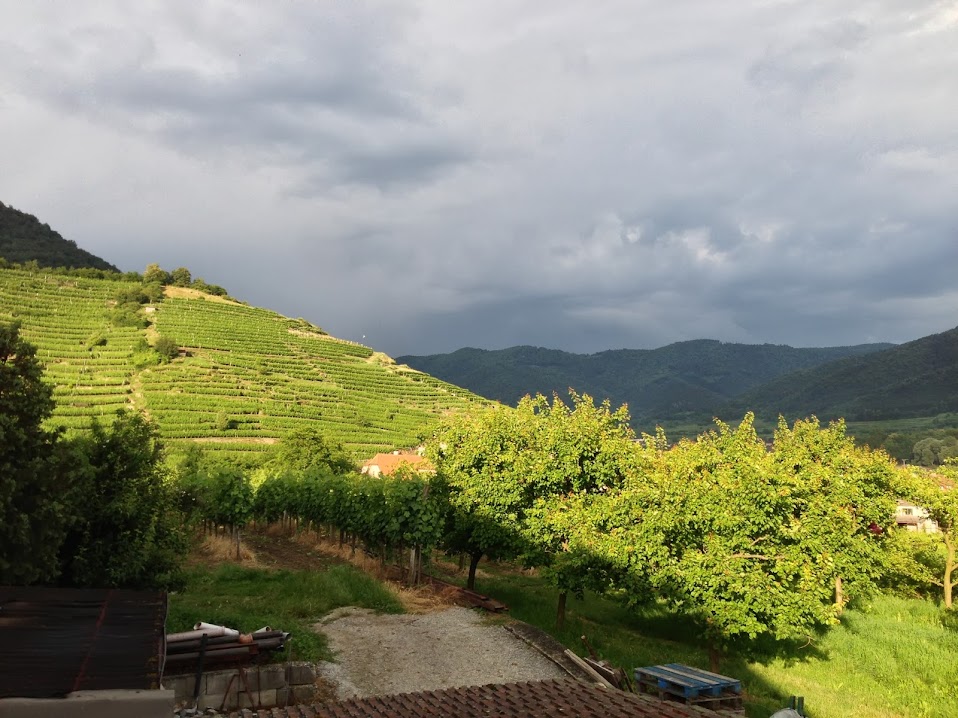 I can never go back to Australian prices for wine….

After whiling away 3 hours ‘tasting’ the beautiful wine the weather came in on us, but it had definitely been well worth braving it all day!

For those who want a visual on where we were, try this handy dandy map:

If that doesn’t help you, stay tuned, because I think we’ll be headed back here soon, hopefully with friends in tow!!