Confession time guys – I am a MASSIVE  history nerd. You may have noticed from the posts on all things traditional, plus the fawning over Austrian architecture, but recently I got to indulge my über geek to a whole other level. 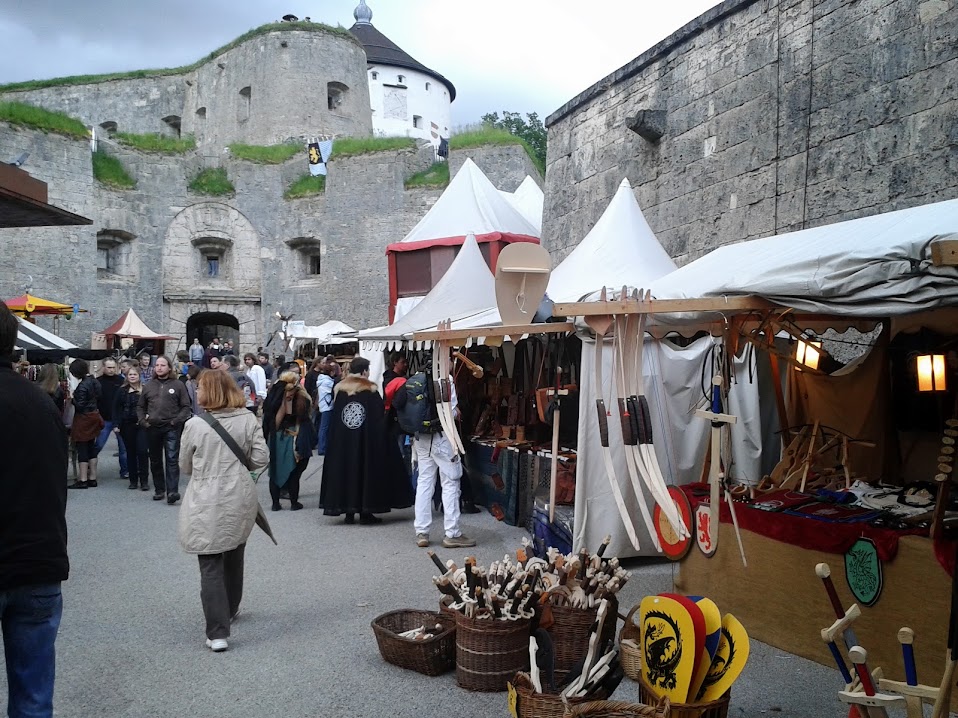 Here’s the thing, Australia didn’t have Medieval times – white folks didn’t make it over to the island until the 1700’s by which time Knights, Chivalry and y’know, the Plague were long gone from Europe. So, when I get an opportunity  to get amongst something so historically geeky but cool I got a leeetle bit excited.

Kufstein is the closest big town to my misters home village in Tirol, and we were lucky enough to be visiting relatives when they were hosting this wonderful festival. I hadn’t actually been inside Kufstein Castle either so it was a good geek-out opportunity all round.

What I hadn’t expected to find, was an entire community of ‘medieval’ performance folks who legitimately live their lives like its the 1600’s. These festival folk setup their tents on the grounds of the castle or location where they’re performing and all live on ground in ye olde fashioned way. Shared tents, benches to eat at, sleeping on truckle beds, it was cool to see but an interesting lifestyle choice to say the least! 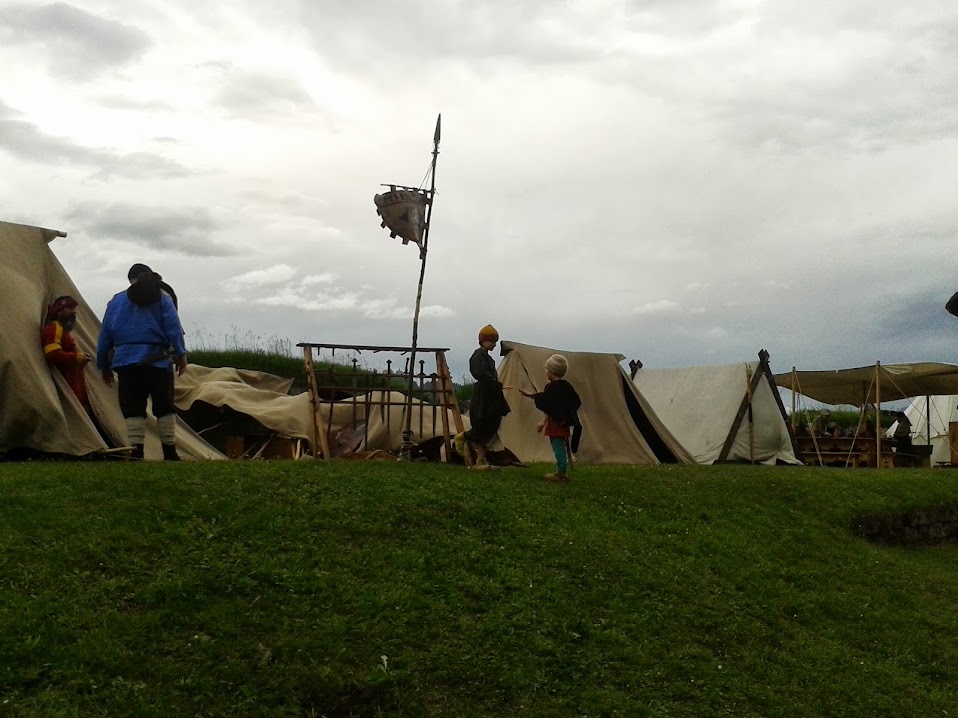 The festival itself was really well organised (naturlich in Österreich!) and had roving performers, a big mainstage, food stands with ye olde style sausage, mead and ale!! I got to drink mead surrounded by Knights!! Life success!! Entrance was free if you came in costume, so it felt pretty authentic all day. There was storytelling for kids and they even staged one of the famous battles that took place in Kufstein castle, setting off the old cannons on the drawbridge, plus some super realistic fighting…..

Pretty much exactly how the battle looked originally…..

It was really cute and loads of fun. Even though I couldn’t always understand what a lot of the performers were saying, medieval style comedy is mostly visual jokes and lots of prop gags with ‘dimwitted dudes’ being confounded by their sidekicks 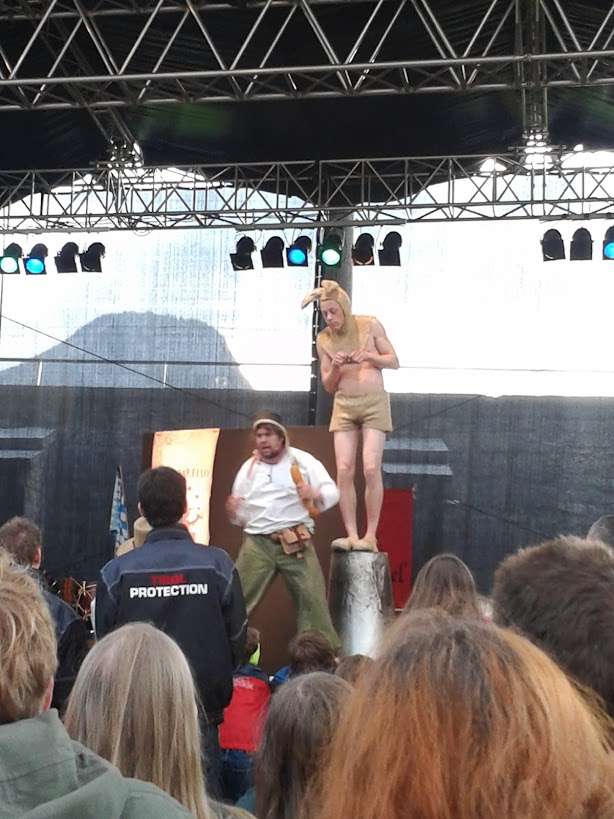 Half naked men dressed as bunnies is funny in any era!!

The museum itself inside Kufstein castle had the worlds oldest organ inside (resisting all urges to make inappropriate pun there…) and loads if info on life in the castle. I’m calling it a castle, though technically (as I was told multiple times by the ever-precise Austrians!) its a fortress, and a pretty impentrable one. It was never infiltrated and was the focalpoint of all Tirolian defences throughout history. When you see the incredible views across the countryside from the windows, you can see why enemies never really had a chance to ‘surprise’ the locals. 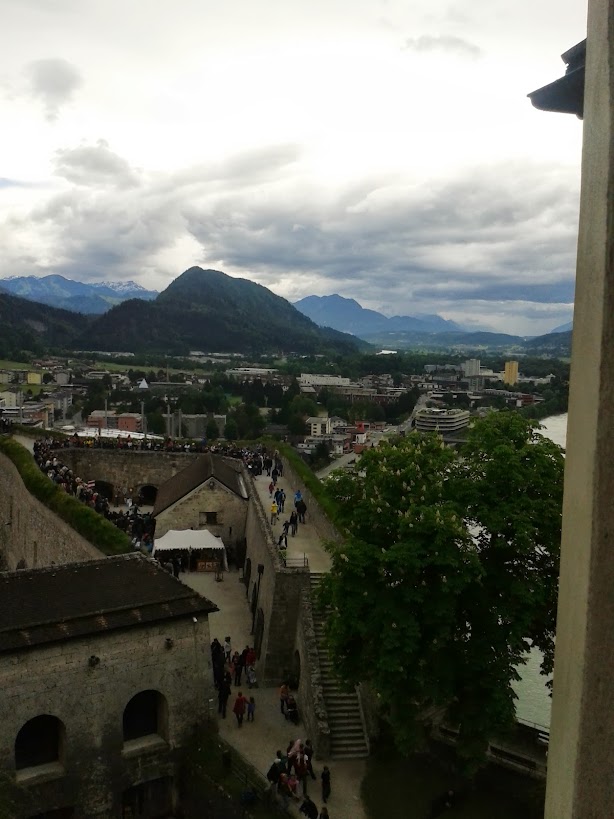 Also in the museums, we got to see loads of fancypants outfits of soldiers, and big ‘ole impressive flags of their former armies: 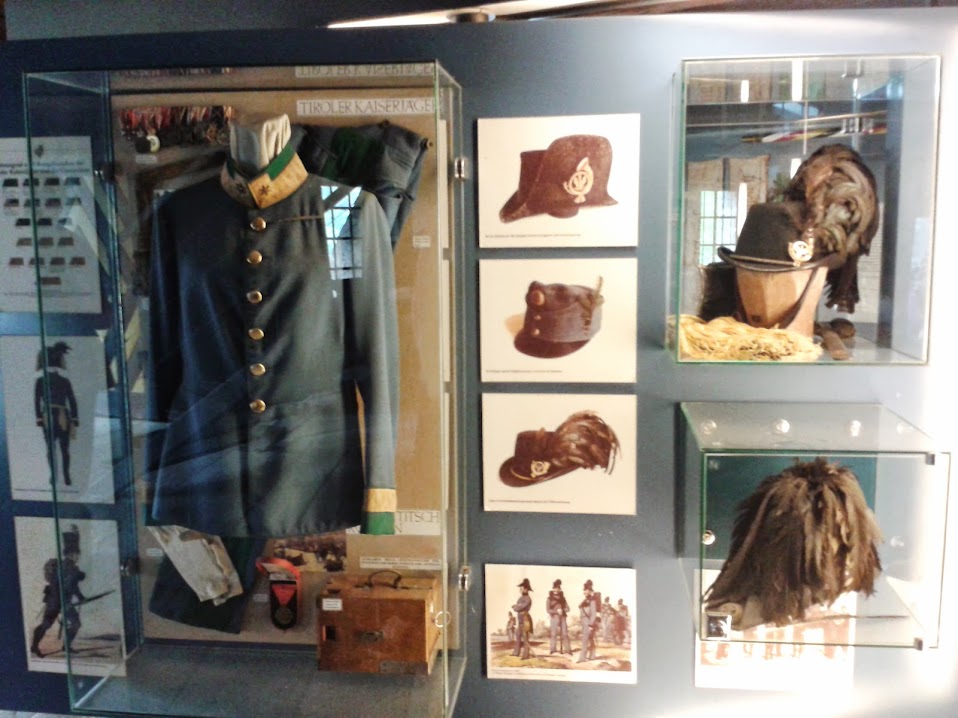 In short, it was the perfect, most nerdilicious way to enjoy a castle I could’ve imagined!! This is what living in an incredibly old country is all about – and why my mother is sure I won’t be home anytime soon when I can enjoy this on a weekend. Sorry Mum!!

So what I’m wondering is, has anyone else come across these festival medieval types? I know they happen in England but the Bavarian ones I don’t know much about.  I’m trying to find out more info, but I’m guessing all details are probably in German, and though my Deutsch course is good, I’m not quite up to that level of research!! Let me know if you’ve seen stuff like this, or feel free to just share your nerd-out indulgences, especially if they’re as geeky/awesome as mine!!